The revolution in a traditional craft

Soot and other solid particles produced during combustion in stoves, boilers and fireplaces are deposited on the walls of the chimney flues.
These deposits reduce the chimney’s draft and increase consumption, because they lower the equipment’s performance and increase its fuel consumption.
In addition, a dirty flue leads to smells and increases the risk of fire.

Teinnova has the ideal chimney sweeping tool to effectively and effortlessly get rid of the soot and solid particles which are produced during the combustion of pellets, firewood or coal, which eliminates chimney fires and carbon monoxide poisoning.

With our equipment you can not only carry out chimney and flue sweeping, but also the cleaning of the insides of the tubes in heat exchangers, in both shell boilers and water-tube boilers. 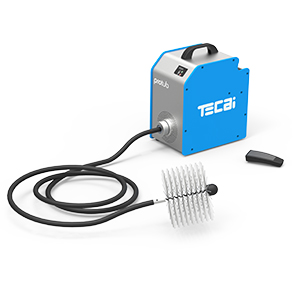 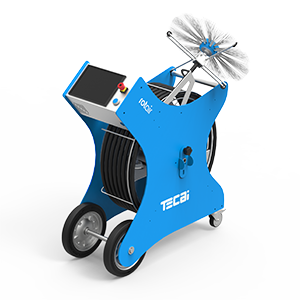 View Details
© Copyright 2021 Teinnova
Back to Top
Enter your Infotext or Widgets here...
Teinnova
Back